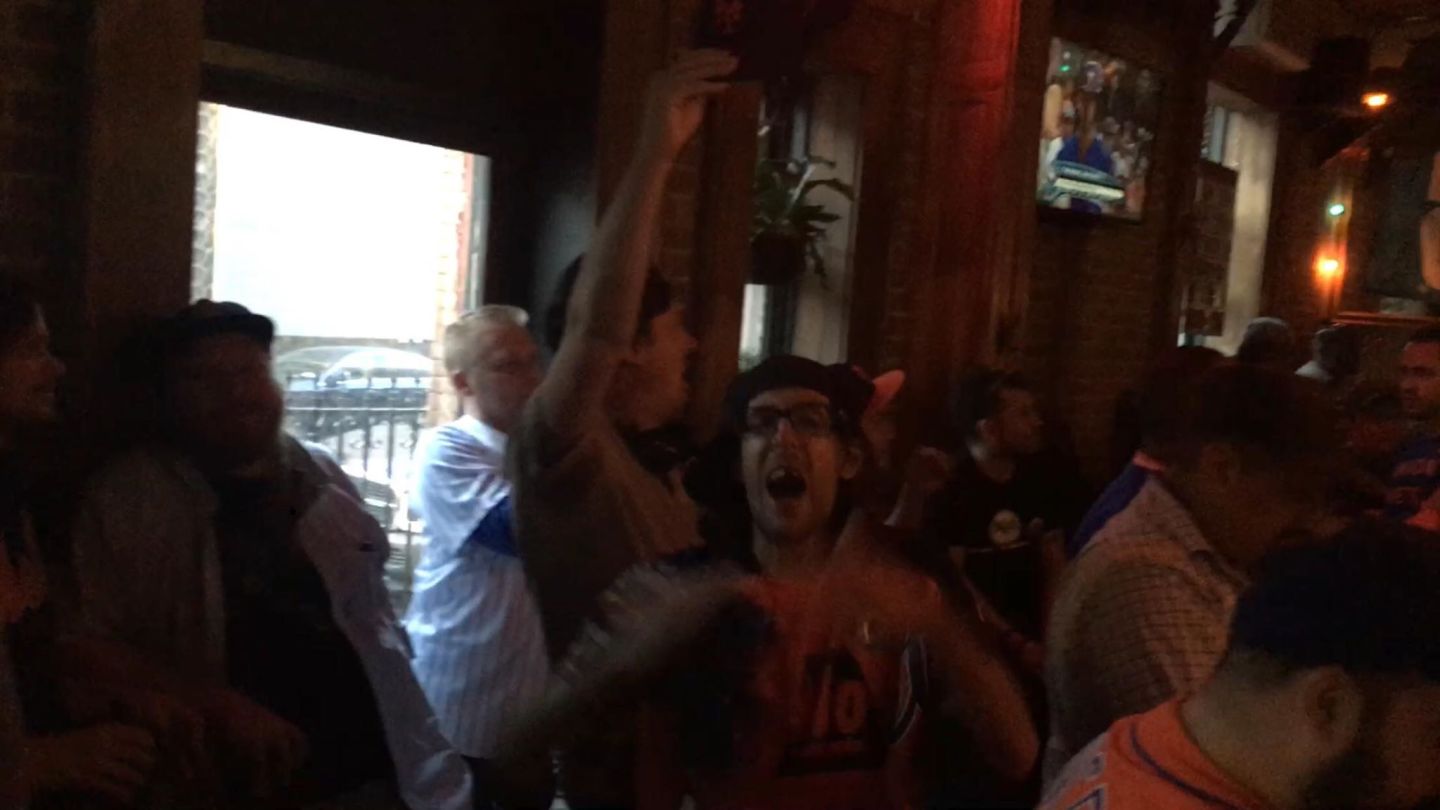 Mets fans don’t generally feel “lucky”, quite the opposite actually. A cursory glance at the posts on social media regarding the Mets can give you a pretty good idea of our apocalyptic nature.

However, regardless of the seasons ending in the basement, those ending with Familia blowing multiple saves in the World Series or Beltran watching strike three with his bat on his shoulder, Mets fans have one thing that no other team in the country can boast.

We have our own team specific apparel company that organizes outings and events just for Mets fans – The 7 Line Army.

The 7 Line Army’s story has been written about many times and a short version is available on their website, so I think most of us Mets fans know the story at this point. But to summarize the origin story; 7 Line Army founder Darren Meenan was a BMX racer and found a way to make a few extra bucks on the side – selling T-shirts. Meenan is also a Mets fan and in 2009 he had an idea for a Mets shirt that said “I survived”, referring to the Mets 70-92 record, so he made them himself, as he had done with the BMX shirts.

Nothing could sum up the frustration of Mets fans more than that phrase. Really, don’t most of us feel that way about our Metsies most years?

The 7 Line Army is now an MLB licensed apparel company providing apparel and accessories for Mets fans, by Mets fans, but it is so much more. They organize outings and events for fans that bring fans together from all over the country for home and away games.

There is nothing like the feeling of walking into an opposing teams stadium, with over a thousand other Mets fans chanting “Lets Go Mets!”

I had the opportunity to attend one of these events in Phoenix. Diamondbacks fans had no idea what hit them when we busted through the doors, and the Mets busted through for a decisive victory behind the arm of Long Island’s own Steven Matz. I went alone, and was unsure about what the experience would be like, however, I felt like I had 1200 new friends before the game was over.

On Tuesday for the second game of the Subway Series, the 7 Line Army hosted a viewing party at Lion’s Head Tavern on the upper west side of NY. This place was a legit Mets bar, with a ton of Mets paraphernalia in every corner. The bar was packed to standing room only capacity with Mets fans as the Mets rolled to a 10-4 victory over the cross-town rival Bronx Bombers.

At these events, you’ll find every possible Mets fan from all over the country. Characters like “Rally Man” with his “Rally World Order” t-shirt, the family man enjoying a rare opportunity to hang out with fellow Mets fans or the quieter fan, sitting off to the side taking the whole scene in. With The 7 Line Army, we are all welcome, because we are all Mets fans.

During all of these events, Meenan is just another one of the fans. Sure the “7 Line General” leads the pack with the signature “struck him out” cheer and is the most recognizable fan in the stands, but there’s not an ounce of pretentiousness in his entire body. He’s humble, approachable and one of the nicest guys you’ll ever meet. He’s a fan, just like you and he’s just looking forward to enjoy the game and camaraderie, just like the rest of us.

There’s a lot to lament as a Mets fan, about that, there can be no doubt. The 1988 NLCS still haunts my dreams and will for the rest of my life. However, we have a lot to be proud of as Mets fans too. Underneath our shared misery, really because of our shared misery builds a brotherhood that makes groups like the 7 Line Army possible. After all . . . we survived.